An Endless Passion for Music
For Discovery, for People, for Life...

Over the last few years EDM has evolved into more than just a trend.  For a long time now it has been an unstoppable movement of joy powered by it’s protagonists, producers, trendsetters, and alpha leaders.

It’s names are countless just like the massive output that tries to capture the dancefloor.

It has become a musical crusade, which searches for heroes that are mostly found in special moments. Now, we are in the year 2014 as one of these young heroes, born in Berlin and grown up in Hamburg, has matured in many clubs and festivals all over the world with his irresistible ways. Beyond the warm-ups, low beats, and composition sets, he sets up nothing less than the PEAKTIME as his aim of his music and his performances.

Over the last few years. 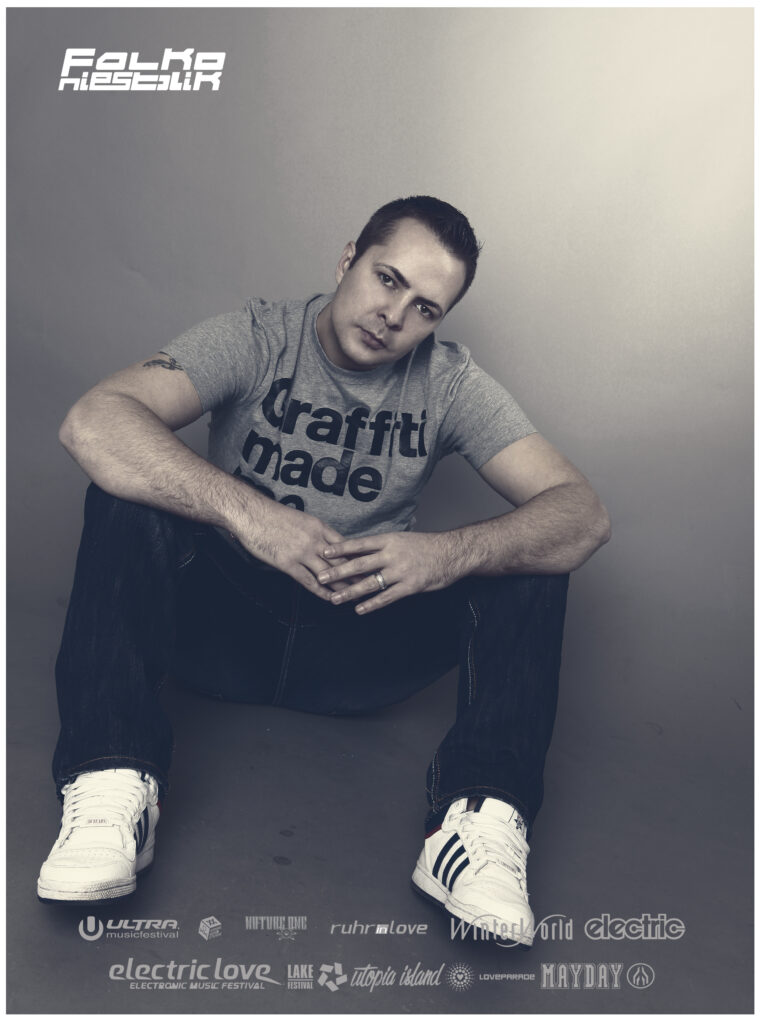 characterizes himself through absorbing Sound with his finger on the pulse of time and with his incomparable and flowing performances.  His headstone however, was built with his first release on the legendary label “Ministry of Sound” more than 10 years ago. Productions and remixes for artists like Axwell, Steve Angello, Michael Jackson (official remix), Flo Rida, Tom Novy, Bob Sinclar, Dabruck & Klein, Chris Lake, Akon, 49ers, The Disco Boys, Giorgio Moroder, Albin Myers & Robbie Riviera then followed.

His own titles like “In My Life”, “The Light” and “Banger” were found again in the playlists of David Guetta, Bob Sinclar, Roger Sanchez and the Swedish House Mafia, and also the Label WePlay Music, known for it’s best EDM music, is his musical home base.

One of his constant compilations was the Sunshine Live Compilation, which was released on ZYX as well as his ongoing United States House compilation series. His weekly radio show is also presented on BigFm.

But focusing on the most important point, he values how music comes to life and brings life, and how emotions are delivered, while understanding that an artist has to earn this real status on the dancefloor.

Millions of people have been moved by him as he has played beside Tiesto, David Guetta, Mousse T., Axwell, Sebastian Ingrosso, Calvin Harris, Tom Novy, Bob Sinclar, and Paul van Dyk from the USA to Canada, Portugal, Spain, Belgium, the Netherlands, Poland & Russia, and millions more will be moved through his tour calendar, which includes performances at festivals like Sonne Mond Sterne; World Club Dome, Ruhr in Love and playtimes in Ibiza.

But there is no need to overreact. We’re talking about a young, dynamic producer and DJ who inspires people all over the world with his intoxicating sound and who is driven because of his engagement, ambition and euphoria to this goal. 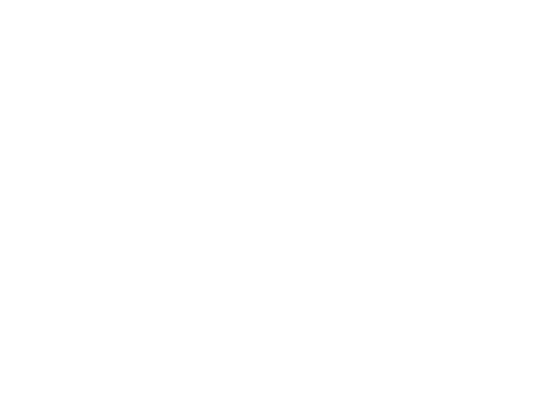 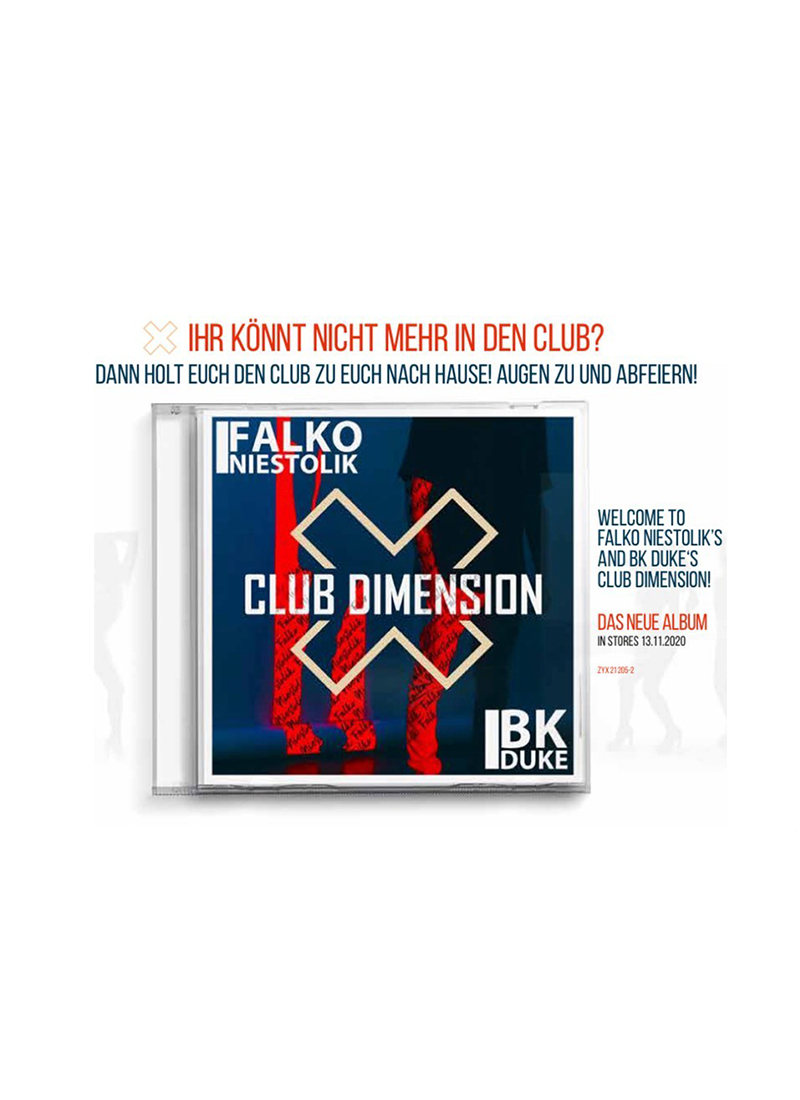 We use cookies on our website to give you the most relevant experience by remembering your preferences and repeat visits. By clicking “Accept”, you consent to the use of ALL the cookies.
.
Cookie SettingsAccept
Manage consent

This website uses cookies to improve your experience while you navigate through the website. Out of these, the cookies that are categorized as necessary are stored on your browser as they are essential for the working of basic functionalities of the website. We also use third-party cookies that help us analyze and understand how you use this website. These cookies will be stored in your browser only with your consent. You also have the option to opt-out of these cookies. But opting out of some of these cookies may affect your browsing experience.
Necessary immer aktiv
Necessary cookies are absolutely essential for the website to function properly. These cookies ensure basic functionalities and security features of the website, anonymously.
Functional
Functional cookies help to perform certain functionalities like sharing the content of the website on social media platforms, collect feedbacks, and other third-party features.
Performance
Performance cookies are used to understand and analyze the key performance indexes of the website which helps in delivering a better user experience for the visitors.
Analytics
Analytical cookies are used to understand how visitors interact with the website. These cookies help provide information on metrics the number of visitors, bounce rate, traffic source, etc.
Advertisement
Advertisement cookies are used to provide visitors with relevant ads and marketing campaigns. These cookies track visitors across websites and collect information to provide customized ads.
Others
Other uncategorized cookies are those that are being analyzed and have not been classified into a category as yet.
SPEICHERN & AKZEPTIEREN
{{list.tracks[currentTrack].track_title}}
{{list.tracks[currentTrack].album_title}}
{{classes.skipBackward}}
{{classes.skipForward}}
{{this.mediaPlayer.getPlaybackRate()}}X
{{ currentTime }}
{{ totalTime }}